A lawyer who has fought in several Queensland high-profile murder cases has expanded his law firm into Caloundra to defend those on the wrong side of the law.

A former prosecutor who crossed the courtroom to start his own defence firm in regional Queensland has revealed his big cases after opening a new law firm on the Sunshine Coast.

Defence lawyer Rowan King opened RK Law in Caloundra in August to defend alleged offenders on the Coast as well as across Australia.

His new firm employs several staff including two administration workers and lawyer Braden Milburn, with Mr King saying there is room to grow.

Following his beginnings in a private firm eight years ago in north Queensland Mr King rose through the ranks to become a prosecutor in Cairns for 18 months.

While in prosecutions Mr King worked with victims of domestic violence and helped children get back to their families through child safety.

Mr King wanted to expand after his time in the public sector.

He opened his Rockhampton legal practice five years ago where he has defended several high profile matters.

Another controversial matter Mr King helped defend in its early stages was the case of Nigel John Gilliland who murdered his wife Karen Gilliland in 2020 in Rockhampton.

“I’ve defended everything from drink driving to murders and will help people charged with any type of crime,” Mr King said.

“Our philosophy is that it doesn’t matter what it’s alleged you’ve done, we’re here to help to defend your future and your interests.”

Mr King said his bread and butter is criminal defence along with administrative appeals and other legal matters.

What sets his firm apart according to Mr King is the compassion the team provides to each of their clients, with one offender thanking him for treating him as a “human being”.

“Everyone has the capacity to make mistakes and end up on the wrong side of the law,” he said.

“We’re able to give them some hope and compassion and kindness while going through the proper channels.”

Mr King said even in the most serious cases, it was important people had to right to seek bail by going through the right channels.

“Someone dying is a terrible thing, but everyone is entitled legally to get bail rather than sitting in jail for a long time waiting for their court case,” he said.

The recent proposal of a youth remand centre in Caloundra was another reason Mr King migrated to the Coast to help with youth offenders.

He said since opening away from Maroochydore where there is a large number of law firms he has been inundated with work.

Mr King said his team would not only service the Sunshine Coast but also Rockhampton, central Queensland and the rest of Australia if necessary. 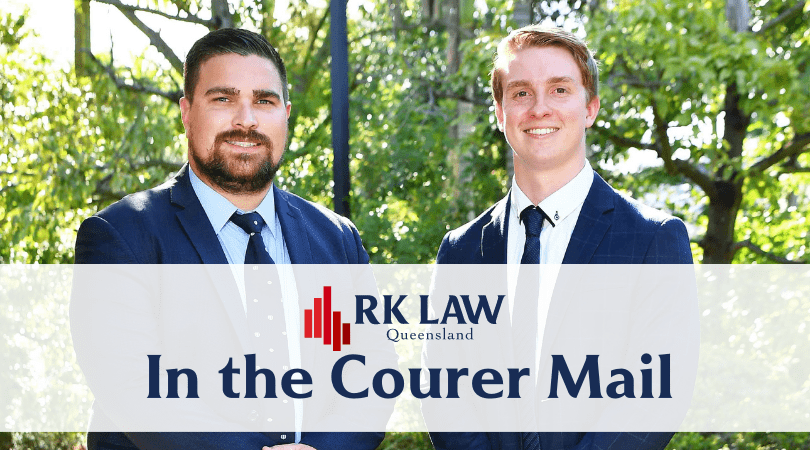